Here are the results of the AmigaOS 4 graphics card survey I did last month. I do these every year...

By far the most interesting result was actually the number of responses I received, which seems to have dropped back down to roughly the level it was in 2017. This makes me wonder, have those WinUAE emulation users dropped off again? 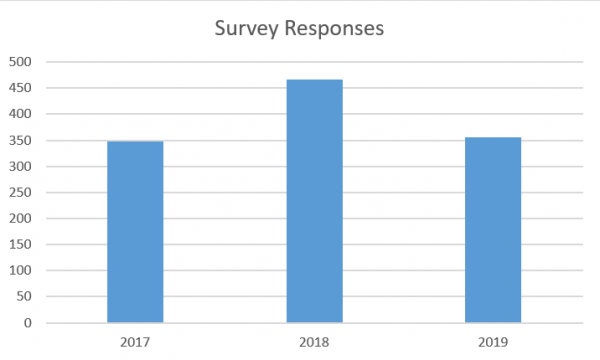 The answer is: sort of. There's definitely been a huge drop off. It's dropped off to less than 50% of those people using it last year are still with us. The rest of the drop off seems to be from people using older hardware that can't handle PCIe graphics cards. 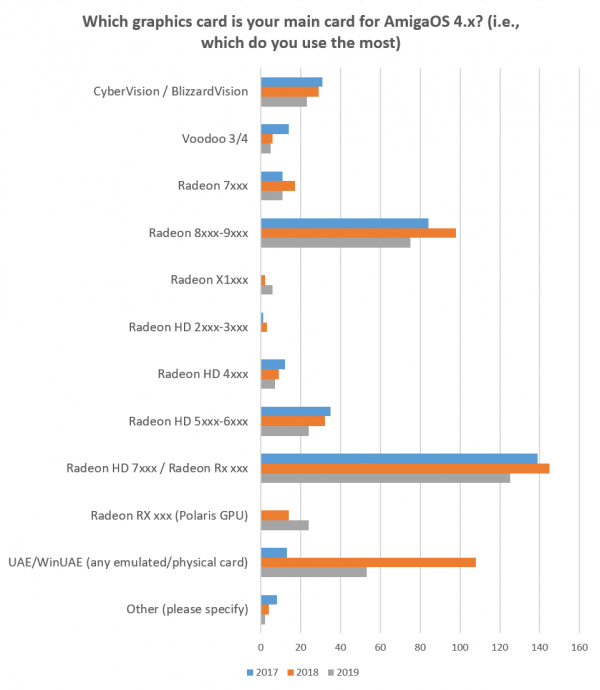 I see this is a gigantic missed opportunity. If the AmigaOne A1222 were available, then a lot of these people who have tried I AmigaOS 4, or maybe have an older system, might have bought a new low-cost system instead of disappearing. I've tried WinUAE myself, and I can say it's interesting; it gives you a taste. But, it's nothing like using real hardware and you can't use 3D.

What else can we see? Well most people still have only one graphics card. There are decent number of people who have a second graphics card as well. It's not that interesting really. 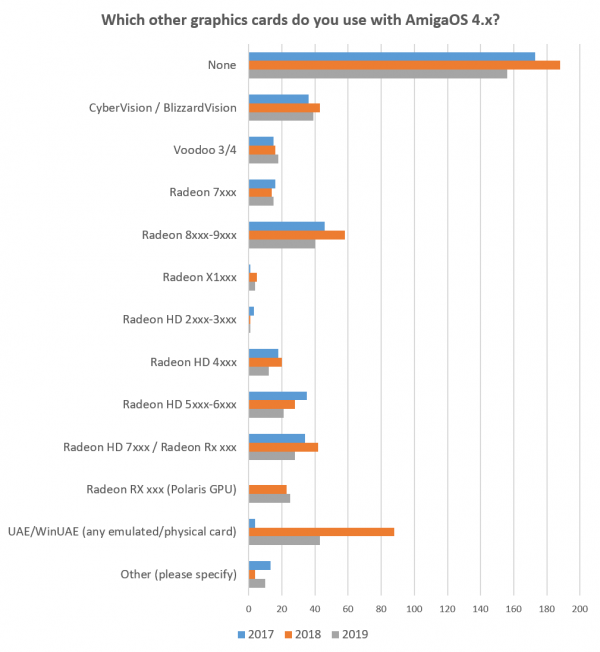 What's most interesting to me is how many people can use Warp3D Nova, and that's definitely slowly increased. Below are the pie charts giving the breakdown from 2017 to 2019. In 2018 we had that huge influx of emulation users. And then in 2019 we're now at 42% of everybody who's submitted a graphics card survey. 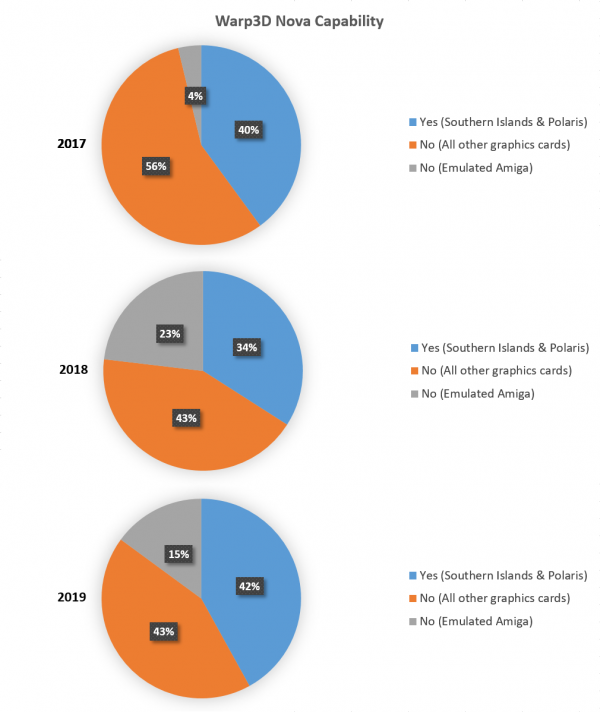 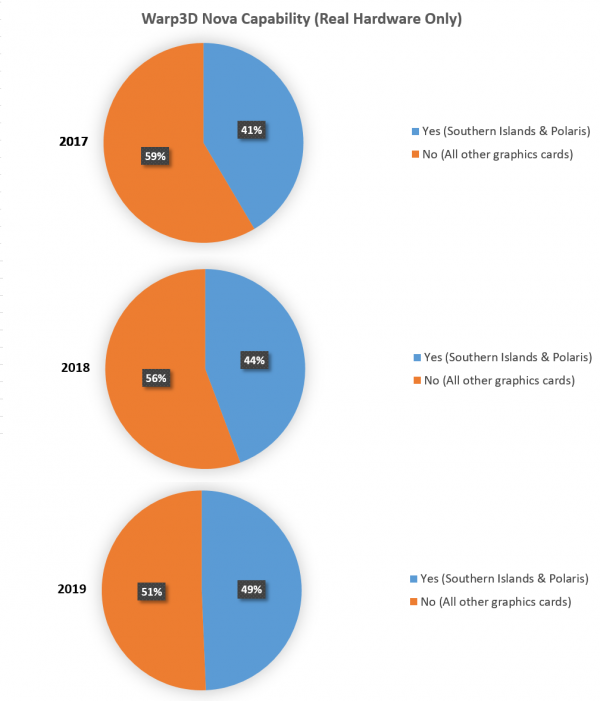 I expect by this time next year that we will have definitely have passed the 50% mark. Over half of AmigaOS 4 users will be able to use modern 3d, which I think is a great thing. Either way, we'll see what happens next...