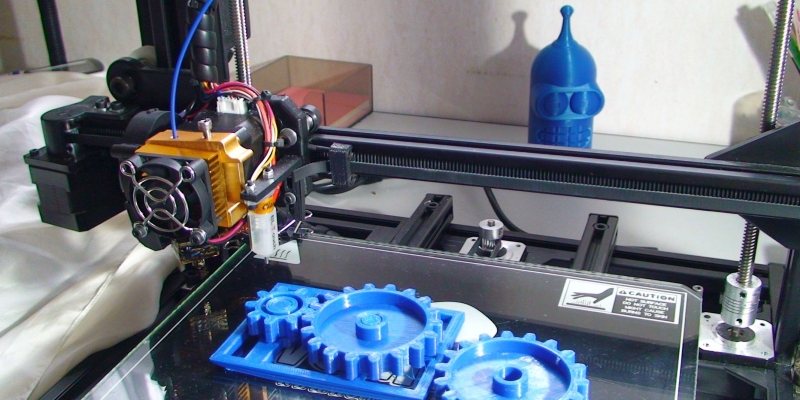 You've probably heard about 3D printers at least in passing by now. Well, I've started tinkering with them too. I've always enjoyed creating/building things, whether that's with software, electronics, wood, or some other material. 3D printers are just a newer means to create, and it's only natural that I'm interested.

I've added a few 3D printing filaments to the online store. These are items that I'm using personally after researching what materials are available. While I use PLA (PolyLactic Acid) filament for prototyping because it's cheap and easy to use, PLA isn't always the best choice.

The first filament in the store is a PET filament. PET, or PolyEthylene Terepthtalate, is used for things like plastic bottles. I use it because it has greater strength and a higher melting point than PLA. So it's great for functional prototypes. It also has less trouble with warping. Like PLA it has low odour during printing (some plastics like ABS smell really badly when heated), and is 100% recyclable.

The other filament is TPU (Thermoplastic PolyUrethane), a flexible plastic that you may find in things like your power tools, drive belts and other stuff. This is the go-to material for objects that need to be strong yet flexible.

TPU is a difficult material to work with, though. I haven't been able to use it successfully because my 3D printer's extruder has too large a gap between the drive gear and hot end. As a result, the filament eventually bends and starts sticking out the side of the extruder. Hey, it's flexible, so what do you expect? Anyway, that's something I've yet to fix.

Like anything, 3D printing has a learning curve. There's the design aspect, and then there's getting good prints. Look closely at this blog post's image (inserted again below for convenience), and you'll spot a few typical rookie defects. Post them in the comments section below if you see them. I'll let you know in a future blog post how I solved them. 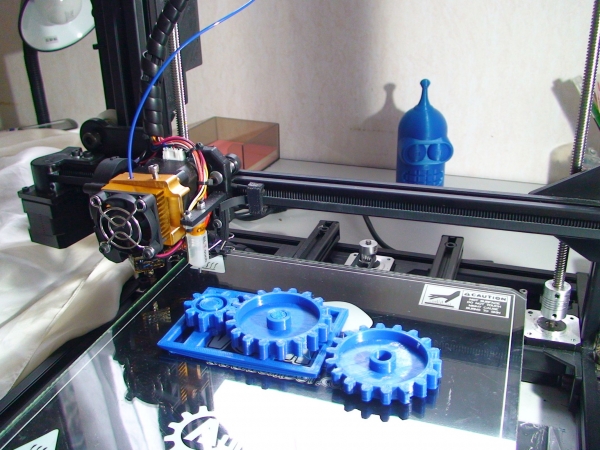